The Cherangani people, an indigenous community in Kenya’s Rift Valley, have always called the Cherangani Hills Forest their ancestral home.

Also known locally as the Sengwer, they were traditionally reliant on the forest for hunting and gathering, herbal medicines, honey, and sorghum and millet farming. Then the colonial government evicted them from the forest, only permitting them access to medicinal plants; gathering and hunting in the forest is still prohibited.

Their gardening of the forest required that they regularly rotate homestead areas, about every two years, to protect them from degeneration.

“The forest was our source of honey, hunting animals, and wild fruits for food. Seeds from some fruits found far away from the homesteads would be dispersed closer to the homestead to allow the children and the elderly access,” says Abraham Mworor Maina, a 94-year-old former assistant chief and father of 16.

Mworor says his community, dependent on sorghum and millet, used shovels curved with stones for minimal soil disturbance, and intercropped the grains with trees in an agroforestry system. “We also farmed between trees, as [they] provided shade. We also relied on the decayed trees’ leaves for soil health.”

“Agroforestry has been with us ever since before man discovered agriculture,” says Jonathan Muriuki, the World Agroforestry Centre (ICRAF) country representative for Kenya. “As a hunter-gatherer, man would harvest fruits from the forest he was living [in] and at some time started domesticating some crops and animals, and clearing space to grow these crops. That’s where it all started.”

Muriuki says agroforestry tries to improve agriculture and productivity by having many components on the farm. “Several crops [like] cereals and legumes are intercropped with trees interspersed on the farm: the trees were either used for livestock fodder production, timber, fruit, [or] soil improvement, but the more species you have on the farm, the more ecologically balanced a farm becomes.” 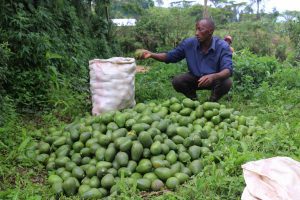 According to Muriuki, agroforestry helps reduce pests and disease, enhances nutrient cycling — since trees are deep-rooted and can draw nutrients from below the soil and bring them to the top — while decomposed leaves enrich the crop when they rot, improving soil health.

Trees also improve microclimates through the capture of moisture and store carbon dioxide. Under the Paris Agreement that aims to reduce global temperatures well below 2 degrees Celsius (3.6 degrees Fahrenheit) above pre-industrial levels, and pursuing efforts to limit the temperature increase further to 1.5 degrees Celsius (2.7 degrees Fahrenheit), Kenya has committed to reducing carbon emissions by 30 percent by 2030. The country aims to achieve this goal while increasing tree cover from the current 7 percent to at least 10 percent by 2030 through agroforestry.

Today, the Cherangani are assimilated among communities adjacent to the Cherangani Forest, having adopted farming and the raising of livestock. They also practice their traditional agroforestry, but they must implement it outside the forest, as the government no longer recognizes their hunter-gatherer way of life.

Despite a majority having settled on the farms allocated by the government, about 5,000 people on the eastern block live within the forest boundaries as squatters, with no title deeds, while the rest are distributed in the three administrative counties of Trans-Nzoia, West Pokot and Elgeyo-Marakwet, around the Cherangani Hills.

A biodiversity hotspot and water source 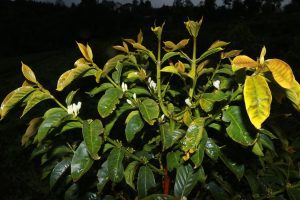 Also a critical Kenyan water recharge area, the forest feeds rivers and dams supplying water for domestic use, hydroelectric dams, irrigation, agriculture, and industrial processes downstream. The forest also supplies water to Lake Victoria — the world’s second-largest freshwater lake and a primary reservoir of the Nile River shared by Kenya, Uganda and Tanzania — and to the Lake Turkana basin, the world’s largest permanent desert lake, shared by Ethiopia and Kenya.

Over the years the ecosystem has been threatened by increased pressure from degazettement for settlements, encroachment and illegal logging for timber, posts, charcoal, livestock fodder, plus tree felling purportedly by honey gatherers.

Peter Kyenze, assistant ecosystem conservator for West Pokot at the Kenya Forest Services, says that by 2012, the Lelan Forest Reserve within the eastern block had been reduced by 7,600 hectares (18,800 acres) from the original 32,000 hectares (79,100 acres) of gazetted forest. 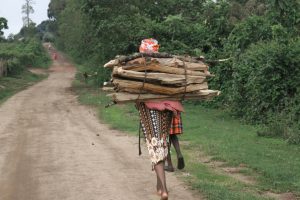 Read the rest of the story originally published here

Where bird’s chirp tells of good, rich or...

How much of your taxes should go into...

Is Africa investing Enough in Research?