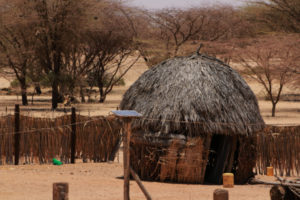 Africa’s energy demand is set to grow. It’s estimated that more than 660 million people, or 63 percent of the population of sub-Saharan Africa, has no access to energy. Energy is key to industrialisation.

The African Union’s “Agenda 2063” initiative aims to transform the continent socio-economically over the next 50 years, with commercial centres, infrastructure development, investment in science, technology, and innovation, and an integrated high-speed train network connecting all African capitals. All this requires stable, reliable, and efficient energy.

The World Bank estimates that by 2040, Africa will require 700 gigawatts (GW) of electricity capacity, seven times the amount of what is currently installed.

Coal and oil vs. wind and sun

Countries like Kenya, Ghana, Tanzania, and Uganda are prospecting for oil, natural gas and coal in a bid to meet that demand and grow their economies. The UN Economic Commission for Africa says crude oil, natural gas, and coal are still important energy sources that play a vital role in African economies and energy systems.

But is there a cleaner path to development?

Under the Paris Agreement, Kenya has committed to reducing its emissions by 30 percent, and Ghana by 15 percent, by 2030, compared to business-as-usual scenarios. African heads of state have signed up to the Africa Renewable Energy Initiative, which aims to produce at least 10 GW of new renewable energy generation capacity by 2020, and not less than 300 GW by 2030.

David Maina is an energy engineer at the Kenya Association of Manufacturers. He says Africa can develop without exploiting its fossil fuel resources. After all, the continent is also rich in clean energy resources— geothermal, wind, untapped hydro and biomass energy sources such as bagasse produced from the sugar factories.

“We can develop with renewable energy,” he told DW. “Africa has cheaper renewable resources that we can invest in.”

Read the rest of the story first published here

Energy Shift: How can Africa ensure a just...

Giant Solar plant lighting up Morocco from the...

Financing Change in Africa: Where are we?