Climate Finance must be distributed in a Gender responsive way. 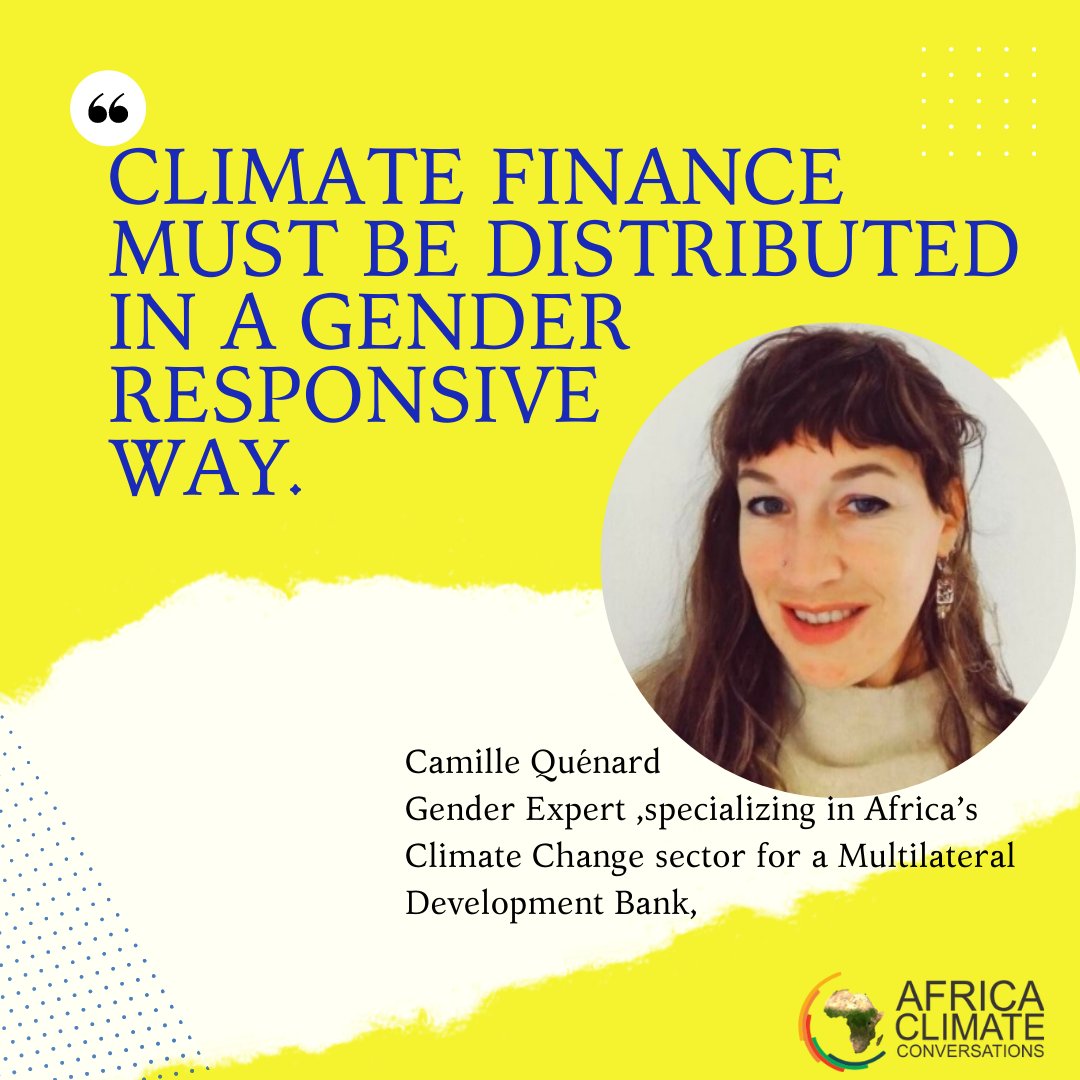 Annually, nearly 20 million people leave their homes due to climate-induced displacement, according to the United Nations High Commissioner for Refugees. 80 percent of those displaced are women and girls

Women are key agents of change, but education is vital in developing required leadership traits. During the Gender Day celebrated during the just-concluded UN climate summit (COP26), the need to make climate finance more gender-responsive was noted as key.

Listen to previous episodes on Africa at COP26

In today’s episode, Camille Quénard, a gender expert specializing in Africa’s climate change sector for a multilateral development bank, talks about the links between gender and climate change.

Quénard has previously worked in Europe, North and South America for diverse international organizations to defend women’s rights, including in refugee/displacement contexts, and explains how best financing and climate finance can be made more gender-responsive.