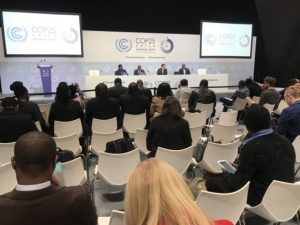 At COP25, in Madrid, the proposal for acknowledgment of Africa’s special circumstances and needs was put forward by the African Group of Negotiators (AGN). The proposal allowed the Presidency to informally consult with the hope that the proposal can be included in the current COP agenda, or in Glasgow at COP26.

The proposal relates to the continent’s increasingly high risk to climate change, due to extreme weather events, and the increasing economic burdens as nations considered high risk borrow at high rates to meet their development agenda affected by climate change. Additionally, the dilemma on how the continent will go about mining it’s natural resources as the UN Secretary General calls for the world leaders to keep fossil fuels down.

The proposal relates to the continent’s increasingly high risk to climate change, due to extreme weather events, and the increasing economic burdens as nations considered high risk borrow at high rates to meet their development agenda affected by climate change. Additionally, the dilemma on how the continent will go about mining it’s natural resources as the UN Secretary General calls for the world leaders to keep fossil fuels down.

“It is not a new proposal, but, was part of the package offered to Africa during the Paris Agreement because Africa was not included as part of the Least Developed Countries (LDCs) and Small Island Developing States (SIDS),” says Ambassador Mohamed Nasr from Egypt, Chair of the African Group of Negotiators (AGN) while interviewed at COP25.

In 2018, a United Nations (UN) landmark report on the science of 1.5 °C global warming projected a rise in the continent’s average temperatures at 1.5 to two times compared to the global rate of temperature increase.

By 2016, African governments owed $130 billion of debt to other governments according to World Bank indicators.

Following the adoption of the Paris Agreement at COP21, the Conference of the Parties requested the president conduct informal open-ended consultations on the issue of the vulnerability of Africa.

The request was driven by the perceived lack of acknowledgment of the needs of Africa in the provisions of the Paris Agreement, and as a compromise for not having recognised Africa along with the LDCs and SIDS as per previous decisions.

The challenge for Africa

The challenge for Africa, responsible for nearly 4% of all global emissions, is that most countries like Somalia, Kenya, Mozambique, Ghana, Chad, and Tanzania, recently discovered oil and gas.

The nations might have to forego their fossil fuel assets to achieve their Paris commitments. These assets are critical for implementing countries’ development plans, and achieving the Sustainable Development Goals. The UN Secretary General António Guterres has asked nations to keep fossil fuels in the ground for the sake of the environment, which Ambassador Nasr says Africa fully understands.

“Africa needs to deal with this dilemma from a policy level. If African nations cannot mine these resources, what are the alternatives provided to the policymakers who are already paying between two and nine percent of their GDP to fund adaption measures in their countries” questions, Ambassador Nasr.

To keep global temperature rise within the safe threshold of 1.5°C, the Nationally Determined Contribution (NDCs) submitted in 2020, must be revised to increase ambition in line with reducing Green House Gas (GHGs) emissions by 45% over the next decade, and to net zero emissions by 2050, as called for by the Intergovernmental Panel on Climate Change’s (IPCC) report.

UN Secretary-General António Guterres wants leaders to commit to no new coal plants after 2020 and end-use of public money promoting fossil fuels. These demands are the essential first steps to take to decarbonise our world.

Ambassador Nasr says. “Hence the requirement for a special needs and circumstances proposal seeking a policy space for the continent to develop in a resilient and sustainable way that does not incur high debts for future generations.”

“The African continent is very much in need of the space to develop sustainably in low emission and resilient development. The challenges are increasing due to climate change, we are not competing on vulnerability, but we want to ensure the policy space, and an opportunity for Africa to develop in the right way, and ensure that Africa gets its fair share of the finance.” 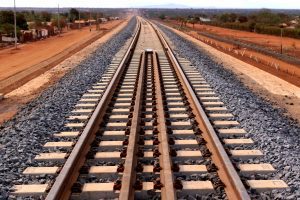 Fatima Denton, the director at the United Nations University Institute for Natural Resources in Africa (UNU-INRA), says more than ever Africa must argue for its special circumstance if it is to adapt to climate and develop.

“Africa has to argue for its special circumstance; the journey that African governments must take cannot be rushed. The journey must take in account decades of under development, poverty, and trying to lift a population beyond a certain standard of development and condition of living,” says Denton.

With the convention clear on the Common But Differentiated Responsibilities, both developing and developed nations have the responsibility to cut down on global emissions but not coming from a common position.

Denton believes though under the Paris Agreement, all nations have the same emission reduction responsibility through the NDC’s, but African countries should be recognised for its special circumstances, giving the continent a longer time to decarbonise it’s low emissions and making finance available.

Ambassador Nasr assures that the continent is committed to deal with climate change in an effective manner, we are committed to take the lead and push for ambition, take actions that are in line with our vision of the Paris agreement and the commitments under the convention.

However, if the world wants Africa to raise its ambition and unlock the continent’s development, then the high cost of African nations borrowing as disasters increase must be recognised.

Below, ambassador Tosi Mpanu-Mpau, a lead negotiator from the Democratic Republic of Congo discusses what the proposal entails.

COP25: Better a No Climate deal than a bad deal for Africa

Where bird’s chirp tells of good, rich or...