COP25: Better a No Climate deal than a bad deal for Africa 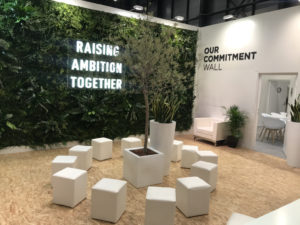 COP25 presidency Carolina Schmidt opened the conference with calls for ambition, but the final decision failed to commit to a stronger language on ambition.

The annual UN conference on climate change (COP25) held in Madrid in early December failed to raise the most needed climate ambition, despite running almost 44 hours, after its scheduled end.

For the African group, “a no-deal was better than a bad deal for the continent,” as observed by the incoming African Group of Negotiators (AGN) chair, Tanguy Gahouma of Gabon. “Either we have through this process, the funding and technology transfer or this process can continue for another year.”

Africa was attending the conference against a background of the continent experiencing extreme weather events.

Heavy rainfall and flooding have impacted parts of eastern Africa since July, affecting at least 2.5 million people, according to the United Nations Office for the Coordination of Humanitarian Affairs (UNOCHA). With the southern African region warming at about twice the global rate, nearly 12 million people are reported to be severely

The science is clear, the earth is getting hotter. 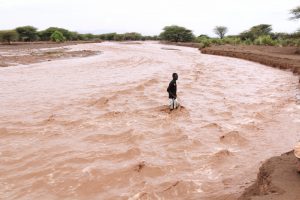 Temperatures are predicted to keep rising over most of Africa. The 2018 landmark UN Special Report: Global Warming of 1.5 °C on average projects a 1.5 to 2 times rise in the global temperature rate.

Priorities and achievements for Africa

Africa made its position clearer during COP25 as in previous years, there has been a gap in general understanding of the African issues during the climate conferences. Recognising this, the African Group of Negotiators (AGN) held two press briefings for journalists on the critical issues for Africa.

The AGN prioritised, the continents call for recognition on special circumstances and needs. This is to ensure the continent has the policy space, and opportunity to develop under climate change. The acknowledgement of the special needs for Africa received lots of push backs mainly from Least Developed Countries, this means Africa must push it to this year’s conference. Also, Africa prioritised on raising the ambition gap, finance, and robust rules under Article 6.

The Paris Agreement targets to reduce global warming to 2 degrees while endeavouring to keep it below 1.5 but the current submitted NDCs are not close to achieving this. Africa pushed for stronger language requiring countries to raise their ambition as they re-submit their NDC’s this year.

However, while the COP25 presidency Carolina Schmidt opened the conference with calls for ambition, the final decision failed to use stronger language. It only urged countries to “consider” the gap between the current goal and where the world should be. It urged countries to reflect this in the national commitments they put forward in 2020.

Even if all current unconditional commitments under the Paris Agreement are implemented, the UNEP’s 2019 Emissions Gap Report, says temperatures will rise by 3.2°C, bringing even wider-ranging and more destructive climate impacts.

Additionally, there was no consensus on establishing a common timeframe by which to implement the NDC’s. 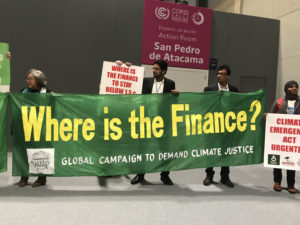 In 2009, developed countries committed to provide poor countries with 100 billion annually by 2020 but as the deadline draws near, how does climate finance keep flowing? The African Group wanted financing to cope with the loss and damage emanating from loss of property, crops and lives due to floods, and droughts and it to be considered as additional financing.

Adaptation Finance has always been a priority for the continent. African governments are spending 2 to 9 percent of their Gross Domestic Product (GDP) to adapt to climate change according to the outgoing AGN chair Ambassador Mohamed Nasri from Egypt.

A 2019 Civil Society Organisations report on loss and damage indicates that by 2030 developing countries will require at least USD 300 billion a year to finance loss and damage associated with climate change.

With the 2013 Warsaw International Mechanism (WIM) on loss and damage under review during COP25, developing countries wanted the mechanism to provide new and additional finance, capacity building, and technology that would enable them to deal with damage caused by climate catastrophes.

Nasr said the African group was pushing for the extension of the long-term finance discussion as the deadline for the 100 billion ends by 2020. But in the end, a decision on post-2020 finance was not agreed upon.

“It is important that the search for solutions to this continues. Africa urgently requires new, predictable, and adequate financing for adaptation beyond voluntary donor assistance,” said Creecy.

Patricia Espinosa, the Executive Secretary of UN Climate Change, noted that “developed countries did not adequately address the calls from developing countries for enhanced support in finance, technology, and capacity building.

Seyni Nafo, a lead negotiator from Mali, saw regression of ambition in Madrid instead of progression, “We acknowledge some countries have doubled their contribution, but some countries are not willing to have the conversation on finance, and others like the United States of America have refused to compensate for loss and damage.” 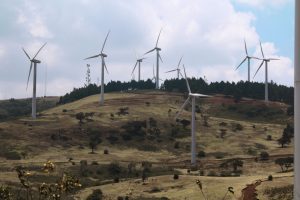 Africa pushed for the carbon markets to provide additional finance to adaptation. COP25

COP25 was tasked with setting the rules on how carbon markets under Article 6 of the Paris Agreement would operate. Africa held the position that all the markets must be transparently governed, and must ensure environmental integrity by avoiding double counting where two countries claim the same emissions reduced in one project. Additionally, Africa pushed for the carbon markets share of proceeds to provide finance to the Adaptation Fund.

Under the collapsed Clean Development Mechanism (CDM) of the Kyoto Protocol, 2 percent of the proceeds went to the Adaptation Fund.

“Our deal with carbon markets is not just ensuring that the markets safeguard environmental integrity, but they must provide Africa with adequate finance through a multi-lateral fund. Otherwise, we will not compromise Africa’s future,” said Gahoma.

Additionally, Brazil, China, and India pushed to carry over their Kyoto carbon units and projects. A 2019 study published by Nature estimates that there could be as many as 4 billion such unit’s left over from the Kyoto Protocol, representing 4 gigatons of emissions.

According to the World Resources Institute (WRI), if countries take full advantage of these credits towards achieving their already insufficient NDCs, the world will get even further off track from reaching the goals of the Paris Agreement.

In the end, the conference did not result in agreement on the guidelines for a much-needed carbon market, leaving the matter to COP26 in Glasgow.

Ray of hope on gender

But among the positive agenda items that saw the light in Madrid was enhanced action on gender that saw a five-year work plan adopted.

The five-year gender action plan recognises different impacts of climate change on women and men due to historical and current gender inequalities and multidimensional factors.

But as the global attention moves to Glasgow for COP26 in November 2020, climate leadership is urgently needed if the world is to achieve the Paris Agreement. It is about time! World leaders must rise to this challenge now.

The article was original published by the Future Climate for Africa

What is Climate Change?

The Journey to COP26: Building Momentum