As global temperatures rise, smallholders’ farmers in Africa struggle with the feeling of uncertainty. A season, the rains may delay, the next they receive flash floods or no rains at all.

Growing foods depends on a stable mixture of warmth, sun, and rains. But smallholder farmers in Africa rely on rain-fed agriculture positively affected by climate change. It means they are directly affected.

But, is it the first time these farmers have had to deal with changing weather? Absolutely no. The thing is, the weather changes have become so fast and are interrupting the traditional systems that the communities in Africa used to predict the next season.

According to Prof Muthoni Masinde, a Kenyan born computer scientist, who created a mobile app, Information Technology, and Indigenous Knowledge (ITIKI), alerting farmers on drought via SMS, Indigenous knowledge is sustainable, and the future. 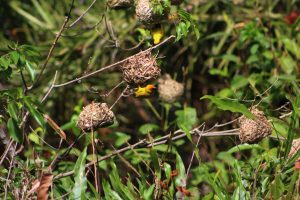 The localised weather forecast is sent as text messages in the farmers’ native languages over any mobile telephone, helps farmers know when to plant and the best times to spray their crops.

Agriculture remains one of the critical pillars of most economies in Africa. But despite that, 70 per cent of crop production comes from vulnerable rain-fed small-scale farming.

Prof Masinde says communicating weather information in community local languages where they participate in its production “makes ownership core hence communities will use it and trust it” Prof Masinde told Africa Climate Conversations.

Indigenous knowledge is that frog clocking near a farmer’s house, that tree flowing on the compound and the farmer’s cow running joyfully while on its way back from the river.

Professor Muthoni Masinde says we have lost close to 50percent of that knowledge.

“For a number of years, the climate scientists overlooked that knowledge, but they have discovered it was a mistake” explains Prof Masinde “Indigenous knowledge is something the locals relate to and it’s a tool for adaptation”.

ITIKI program is working with farmers in drought-stricken areas of South Africa, Kenya, and Mozambique to help them make informed decision and increase yields.

Kenyan University producing enough solar energy for use, and selling surplus to the National utility.