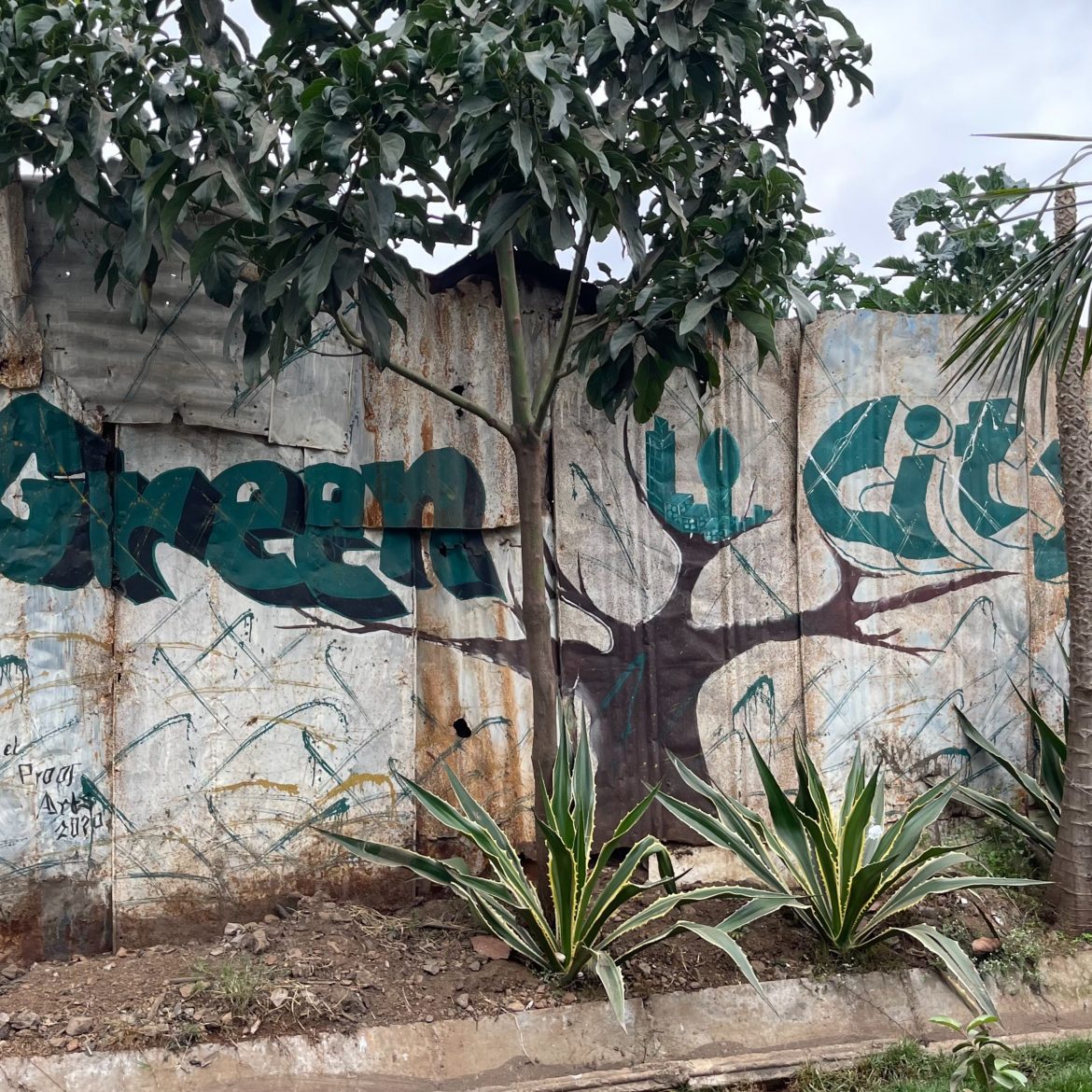 Located at the Nairobi River riparian land, a few meters to Nairobi’s official dumping site- the Dandora dumping sites. The park was transformed from a landfill by Komb green solutions – a community-based organization based in Korogocho started in 2017 by youths’ former criminals and commercial sex workers, seven men and three women.

Korogocho is one of the largest slum neighbourhood northeast of the city center. It is home to nearly 200,000 people. We are precisely at the Canaan bridge where the Nairobi river separates Korogocho slums and Dandora suburbs, home to Nairobi’s main dumping ground.

An opportunity came when the bridge connecting Dandora and Korogocho was being constructed. The ten youths decided to use the savings they had acquired to give back to the community they had taken so much from over the years and protect themselves from falling back to crime. 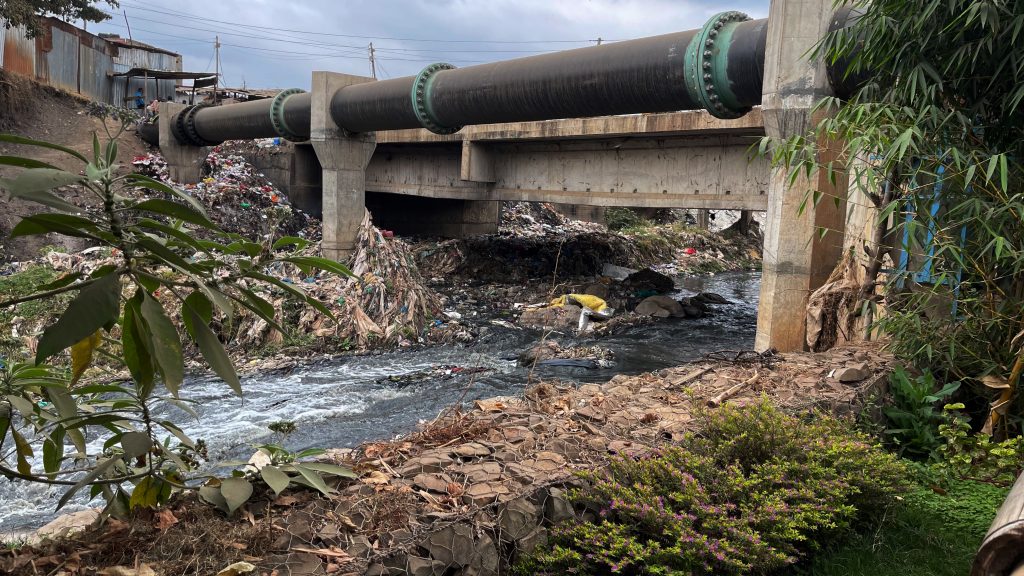 “The bridge construction was ending. Crime had claimed too many lives; there was no way we would go back to crime,” Komb Green solutions chairman Fredrick Okinda told the Africa Climate Conversations.

The youths engaged the community, the officer commanding station in charge of the area Police Station, and the area chief. They allowed us to clean up the river riparian land known as a crime hotspot and start a recreational park.

Komb Green Solutions has reclaimed a landfill by the Nairobi River. A recreational park now occupies the park transforming the bridge once known as a crime hotspot to Korogocho haven where the community finds rest. The park is her children’s official playground and acrobatics practice centre. 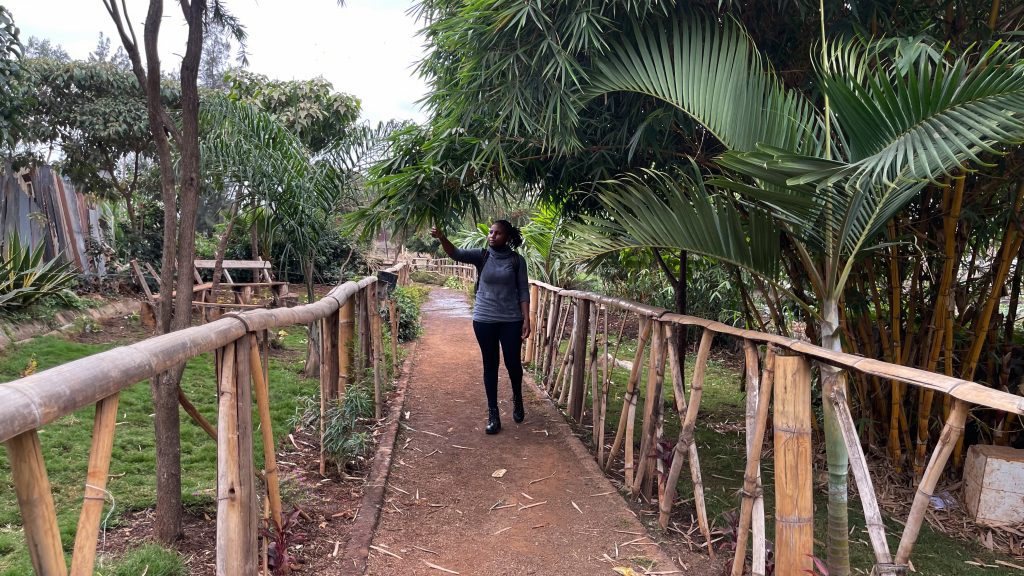 A recreational park reclaimed from a former landfill by the Nairobi River in Korogocho: photo by Sophie Mbugua

“We have transformed the area from a landfill to a recreational park. For now, it is the only green space in Eastlands available along the Nairobi River riparian area. The community has an area they can hold their meeting, and security in Korogocho has improved 95 percent as we are the security now” adds Okinda.

The National Council for Population and Development notes that Kenya has the third-highest teen pregnancy rate, with 82 births per 1,000. Most affected are girls aged between 10-19 years.

During Covid Ann Wangui, an acrobatic trainer told the Africa Climate Conversations that the situation got worse due to increased rates of poverty, idleness, and confinement. 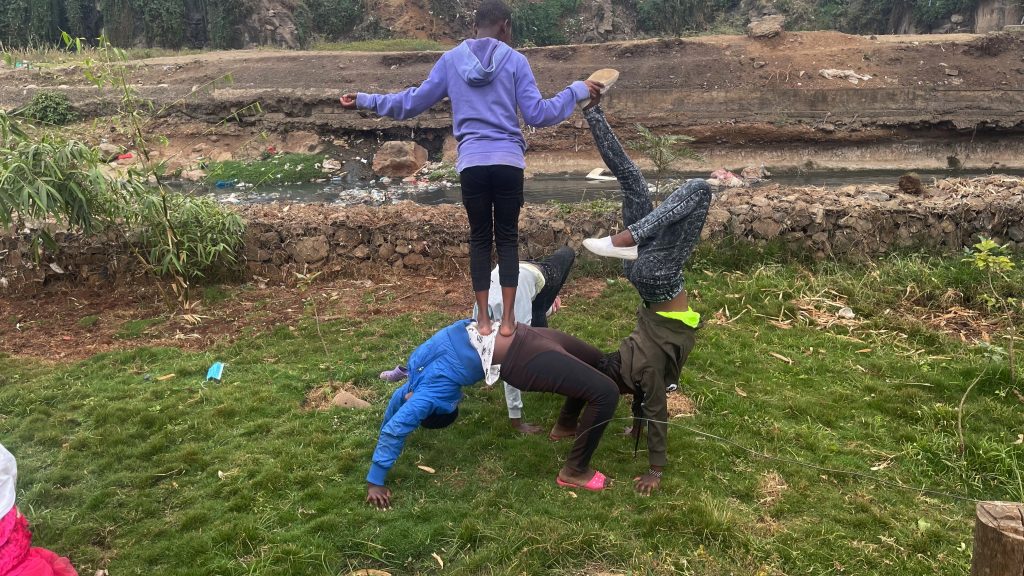 Komb green offered her space to train both girls and boys in acrobatic skills to not only keep these teens busy but protect them from early pregnancies.

“Practicing acrobatics keeps the mind busy when you get involved. Your brain concentrates on the next training session keeping the mind occupied,” explains Wangui

“If one missed rape, one would either be stabbed with a knife or their valuables snatched. Waste was everywhere as the neighborhood also dumped in the river,” explains Anyango. 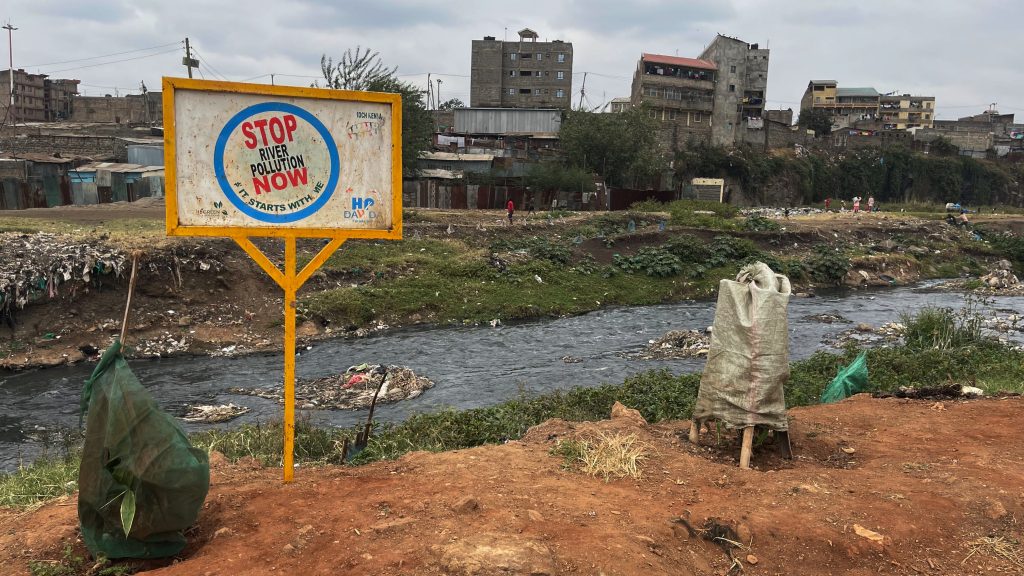 Komb green has been cleaning Nairobi river and encouraging no dumping by its banks: Photo by Sophie Mbugua

But today, the river is clean; there is a good bridge, the riverside is a park, and the neighborhood suffers fewer diseases “it feels safe to walk by the river, people come and relax by the park, take beautiful photos safely. There is a gate towards the park. Hence, it is safe by the river. No criminal would dare enter the park. They are beaten up and arrested if they do,” explains Anyango.

Landfills are a significant source of methane. As piled up waste degrade, it emits greenhouse gases such as methane, carbon dioxide, and nitrogen dioxide contributing directly to global warming. 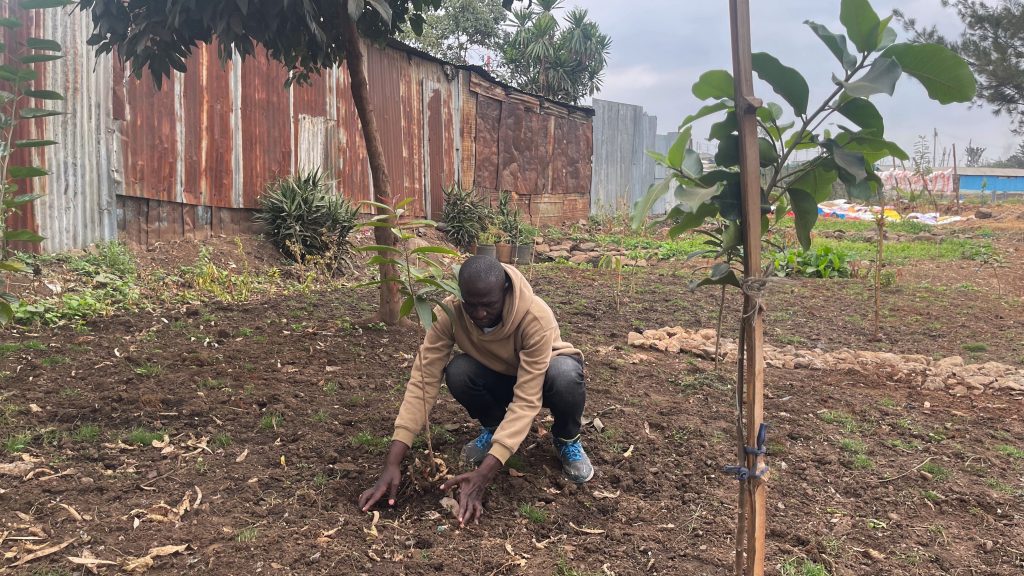 Fredrick Okinda founder Komb Green, says the fruits trees are the legacy the group will leave behind: Photo by Sophie Mbugua

Africa is one of the last places on earth to urbanize. But as cities grow, green spaces provide the cooling cities require. Annabel Nyole, an urban planner and green spaces coordinator, told the Africa climate conversations that these spaces offer social spaces for the rising populations.

Public Space Network has been working to capacity build grassroots organizations like Komb to green up their city spaces.

“The cash price of 100,000 shillings helped the youths start up a car wash generating an income for the group. The project has empowered women from vulnerable families in Korogocho and 150 sex workers trained in carpet and joinery.