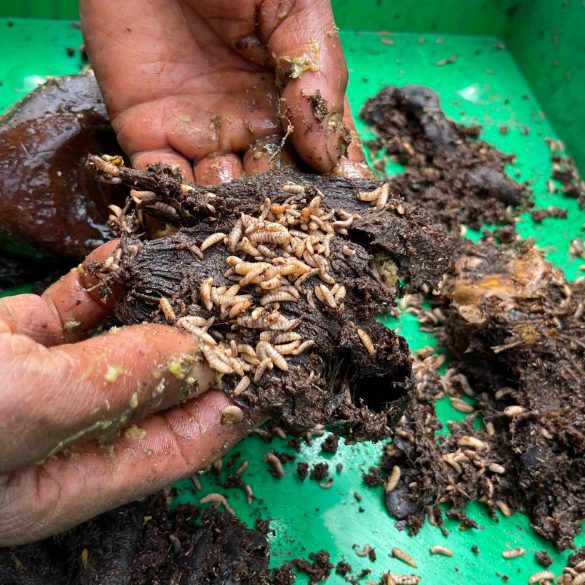 In Kenya, John Mwaura Kiriko, a businessperson from Kikuyu town about 20 kilometres from Nairobi city, is growing fish in a greenhouse and rearing black soldier fly larvae to feed his fish as an alternative for protein.

The technology occupies about 30 by 15fts land for each greenhouse. Mwaura has built two greenhouses where he is rearing about 5,500 fish and tons of larvae.

Mwaura uses the raised pond technology to construct ponds using timber placed on the ground and lined with dam liners.

Bernard Kamau, an agribusiness expert and fisheries technician with the Ministry of Agriculture in Kiambu County, says Mwaura uses the raised pond technology to construct ponds using timber placed on the ground and lined with dam liners.

Sourced from Ecodudu – a waste-to-value company in Kenya, Black Soldier Flies (BSF) have transformed the waste into high-quality protein in the larvae stage. Used as alternative protein additives in animal feed.

The eggs laid by the Black Soldier Flies are grown in greenhouse conditions within 21 days after which it’s harvested.

Mwaura has switched from horticulture for export business he has practiced for years to fish and larva farming. 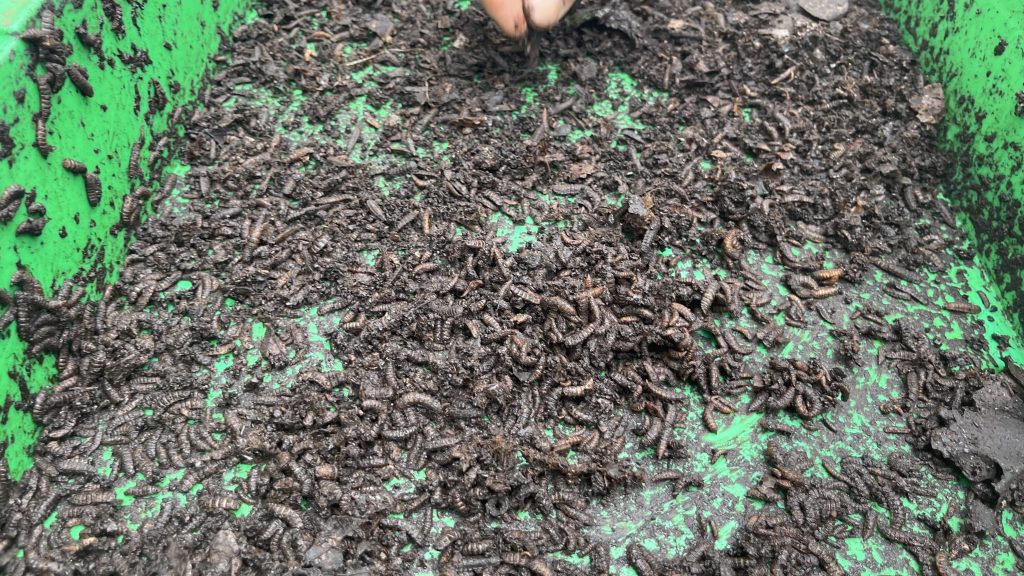 The United Nations Food and Agriculture Organization (FAO) says that the world population is expected to grow to almost 10 billion by 2050. Further, by 2050, in every five children born, two will be born in Africa.

Already, the rate of urbanization in Sub-Saharan Africa is unmatched compared to the rest of the world. The urban population is expected to nearly triple to 1.34 billion people by 2050.

Population increase means rising demand for food and increased pressure on natural resources such as land by which we grow food. 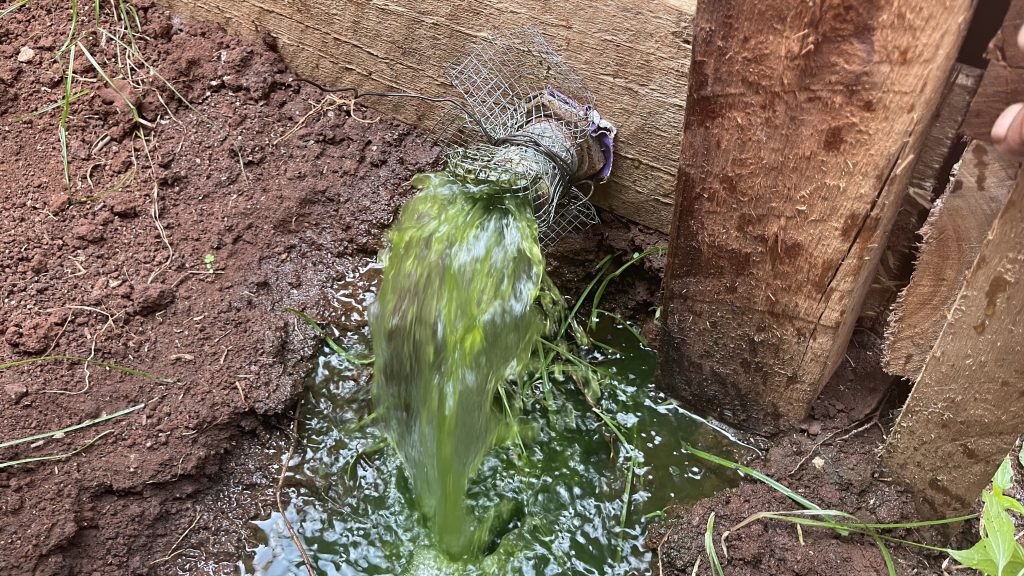 The water changed twice a week waters vegetables farm next to the greenhouses: photo by Sophie Mbugua

As the global temperatures rise, WWF notes that about 1.3 billion tons of fruits, vegetables, meat, dairy, seafood, and grains go to waste. That is about one-third of all the food produced in the world.

The United Nations Framework Convention on climate change says that they produce gases like methane when these foods go into landfills and rots.

The Black Soldier Flies eat in a twisting mound. Mwangi says thousands of these larvae share a single serving of nearly any kind of organic waste. Mwangi feeds the larva on any fruit and vegetable waste sources from the nearby market, helping reduce the amount of food waste making way into the landfill. 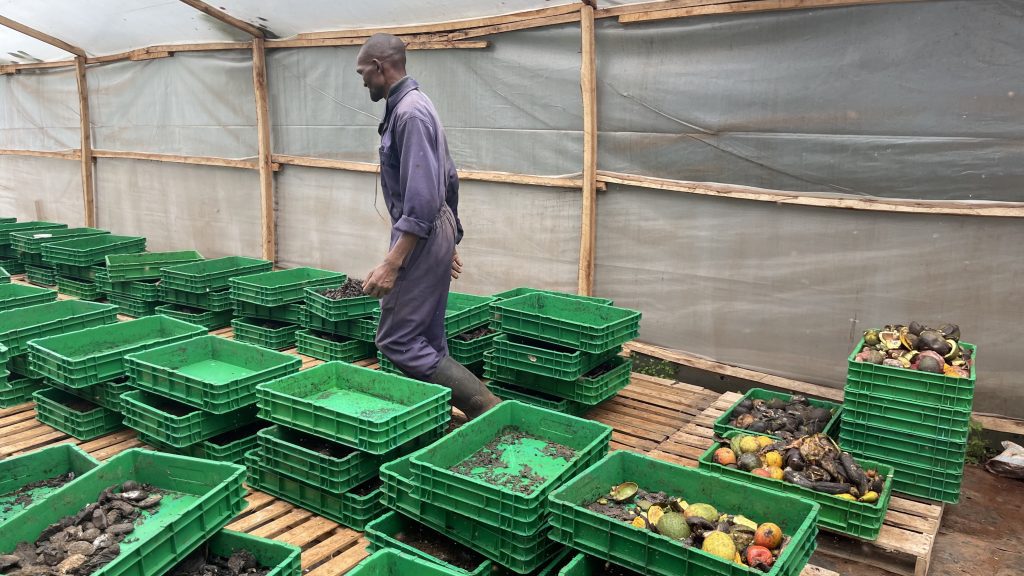 With climate change expected to increase water security and development in Africa, Kamau says the wastewater generated from the fish and changed after every two weeks is rich in minerals. The water is used to water a vegetable farm next to the greenhouses.