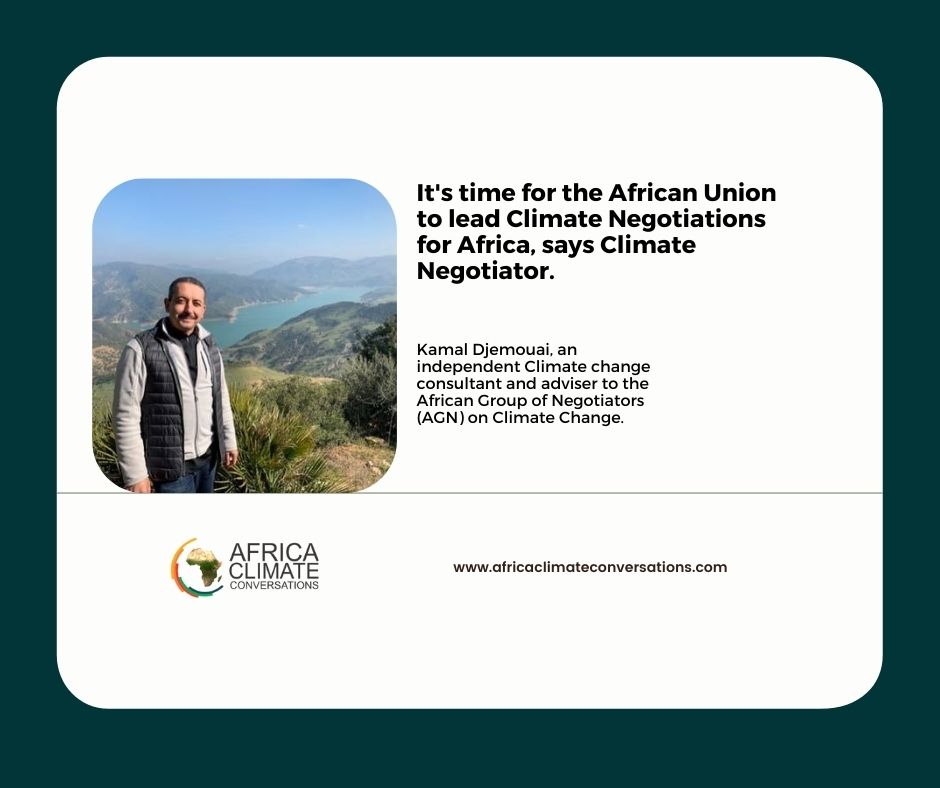 Africa is the most vulnerable to climate change and among the most impacted by climate change. Under the international climate negotiations, the continent negotiates as a group under the African Group of negotiators (AGN) on climate change.

However, 33 African countries are classified as Least Developed Countries (LDC). The countries negotiate under the LDC negotiating stream under the United Nations Framework Convention on Climate Change(UNFCCC) process.

Since Paris, during the 21st UN climate conference under the President of the UN Climate Change Conference in Paris (COP21) Laurent Fabius, Africa was promised that its special needs and circumstances agenda would be considered.

Kamal Djemouai, an independent climate change consultant and adviser to the AGN, told the Africa Climate Conversations that the agenda still deliberated under informal presidency instead of formal negotiations will not lead to any outcome.

“It will be difficult to get the agenda recognised despite being among the most important agenda for Africa, but it’s being used as a tactic to ensure Africa is flexible on other outcomes,” says Kamal.

Djemouai says it is time the African Union lead climate negotiations for Africa and become a UNFCCC and Paris Agreement Party.

“The continent’s position is side-lined on the final decisions taken at the UN conferences on climate change. African ministers need supporting and strengthening at the highest political level by the heads of states at the African Union level to ensure balance in negotiations.”

Despite the loss, what did Africa achieve at Glasgow?

COP26: Where are we on Climate finance and NDC timeframes?