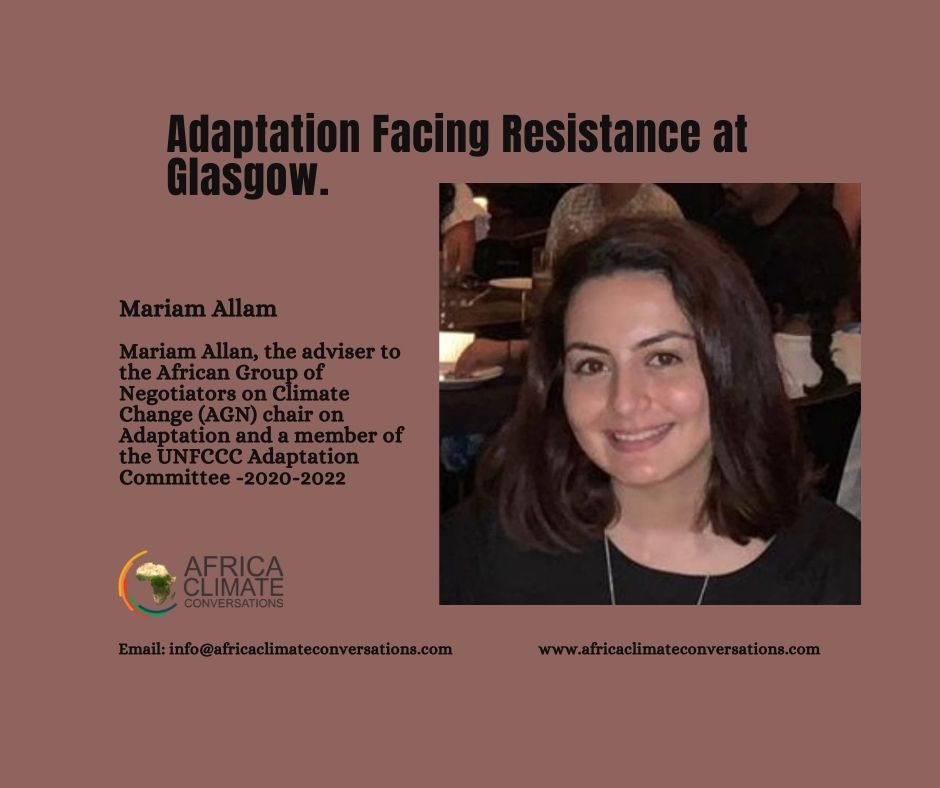 Africa is the continent most vulnerable to climate extremes. The IPCC six assessment report (AR6) confirms the continent warms faster than the global average over both land and oceans. From experiencing the hottest weather in Egypt this August that has occurred in the last 50 years to cyclones and heavy rains that resulted in higher-than-normal vegetation growth providing ideal conditions for desert locusts in the horn of Africa.

Unfortunately, Mariam Allam, the Adviser to the African Group of Negotiators on Climate Change (AGN) on Adaptation and a member of the UNFCCC Adaptation Committee, told the Africa Climate Conversations Podcast that Adaptation that has consistently lagged is being undermined at Glasgow.

Do you know what Africa’s position at Glasgow?

UN Environment’s latest Emissions Gap Report finds new and updated Nationally Determined Contributions promises for 2030 put the world on track for a temperature rise this century of at least 2.7°C.

Mariam says even a 1.5°C warming will have tremendous impacts on people, ecosystems, economies. Why is Adaptation critical? Why is it being undermined? What’s Africa’s plan on ensuring that the continent is protected by the end of the 26th UN Climate summit – COP26?

COP26: Where are we on Climate finance and NDC timeframes?