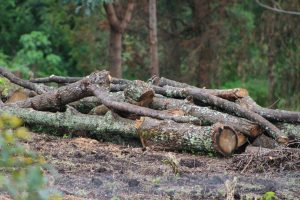 Tea is the most commonly consumed non-water beverage in the world. The UN Food and Agriculture Organization (FAO) indicate that the world tea production – black, green, instant and others – increased by 4.4 percent annually over the last decade to reach 5.73 million tones in 2016.

A 2018 FAO report, projects an annual 2.2 percent black tea production rise over the next decade to reach 4.4 million tones in 2027. The significant output will increase in China, Kenya, and Sri Lanka – with China expected to achieve Kenya’s – the largest black tea exporter globally – output levels.

But the change in temperatures and erratic rainfall patterns, higher rates of hail or frost incidences is affecting yields, and productivity threatening rural livelihoods among tea farmers. 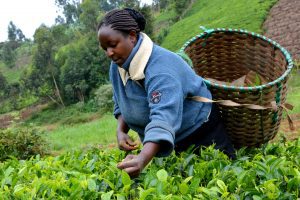 Tea drying that results in the removal of leaf moisture and essential to the quality of the final product is an energy-intensive process. At Makomboki tea factory about 85kilometres away from Nairobi in Kenya, consumes about 13000cubic meter of energy on average highly contributing to deforestation.

To reduce carbon emissions from tea production and processing, the factory which used 2,000 cubic meters of wood per month switched to use of sawdust, rice husks, biomass, macadamia and cashew nut shells, and briquettes made from sawdust and rice husk as alternative energy sources.

This has helped save more than 30,000 trees while lowering operational costs of the factory.