We are at the Rwenshama fish landing site in Uganda at the shores of Lake Edward, one of the smallest African Great Rift lakes lying in the Western Rift Valley. Shared between the Democratic Republic of Congo and Uganda

Though existed since the ’50s, there has not been a toilet or clean water. Fishers and traders defecated at the wetland next to the lake. Fish was actioned on a carpet laid on bare soil and sold off without cleaning.

Fishing was unregulated. Over-fishing, inappropriate gear and methods, pollution, and land degradation saw fish stocks dwindle over time. As a result, the conflict between DRC and Uganda fishers grew as demand for dwindling stocks increased. 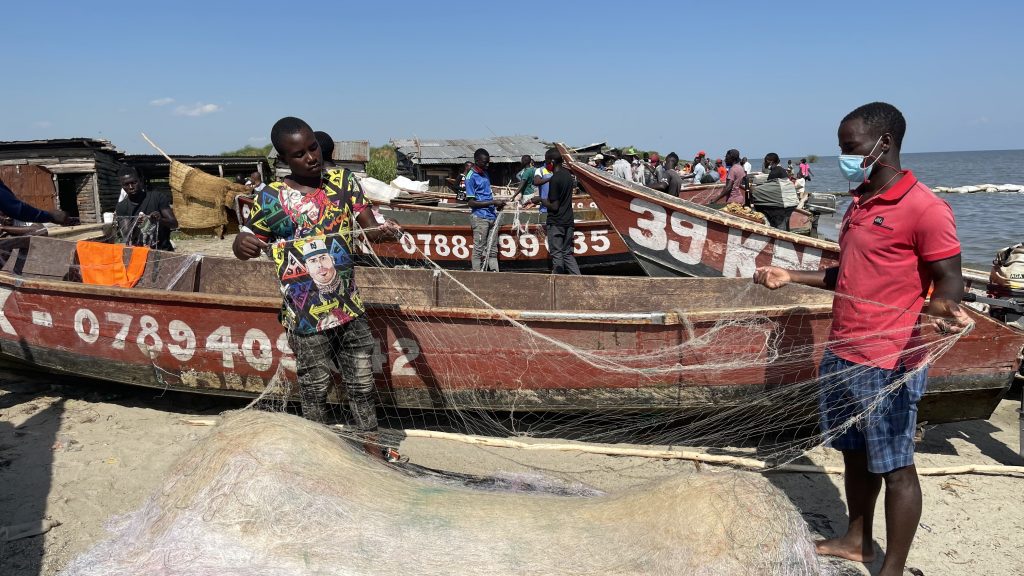 But two years ago, an $8.1Million grant from the Global Environmental Facility to the Nile Equatorial Lakes Subsidiary Action Program (NELSAP) led to the construction of modern fish landing facilities – five in  Uganda and four in DRC.

NELSAP, through the Lakes Edward and Albert Integrated Management of Fisheries and Water Resources Management Project (LEAF II), constructed the fish handling facilities equipped with clean water, toilets, and fisheries offices. DRC has incorporated fish cooling facilities and a modern market on their facilities. Additionally, fishing regulations were introduced not just in Uganda but in DRC as well. Only licensed fishers from both countries can fish with local fishing nets.

How to sustainably practise pastoralists in the age...

Listen to our voices while restoring degraded lands,...

Ambitious African Forest restoration: What is the progress?